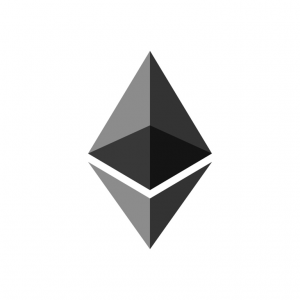 In 2009 you could have purchased bitcoin for a few cents.  Now it's nearing the $2000 mark and may very break that soon.  If you had gotten in early, you would have made a killing.

Everyone is now looking for the next Bitcoin and many people are tipping Ethereum as a possible cryptocurrency superstar.  But will it be the next bitcoin?

Ethereum, like bitcoin is based on the innovative blockchain technology.  But unlike Bitcoin, it's not just useful as a online payment platform.  Ethereum allows developers to build apps on the blockchain, potentially making Ethereum much more of a valuable commodity.

Apps that run on Ethereum are completely decentralised.  Meaning they can't be targeted by oppressive governments or hackers.  The application will run across the network by whoever is running the ethereum software.

The amazing thing is, you could theoretically build a clone of Bitcoin but running entirely on Ehtereum.  That should give you some kind of idea of just how powerful this idea could be.

Some of the Differences between Bitcoin and Ethereum

You can but ether on all the major exchanges.  And you can even trade Ethereum CFDs (allowing you to profit when the price goes either up or down) at places like etoro.

More and more people are starting to talk about the currency.  This could fuel speculation and the price may continue to rise as people try and buy it.

It's still not mainstream

Most people know what bitcoin is, but fewer people know what Ethereum is.  And it's still mainly talked about by tech or cryptocurrency folk.  This means there could be more upside as people hear about it.

Because there is a constant new supply of Ethereum there is effectively a form of controlled inflation.  This should stimulate spending as opposed to bitcoin where people seem to just be hoarding it.  People don't want to use their bitcoin because they are afraid it will be worth a lot more in the future.  This could actually be the downfall of Bitcoin.   Ethereum is designed to be used.

How to trade Ethereum

You have two options, you can signup for an online wallet or trade CFDs.

If you're looking for a wallet, try coinbase (although I have noticed a couple of issues with the site making it difficult to buy/sell).    If you want to trade Ethereum CFDs then I would recommend my favorite online broker eToro.

Ethereum is a risky long term investment.  I can't tell you whether or not the price will continue to rise.  It certainly will be a volatile ride though, and there are plenty of clever traders who'll be able to profit from this (i'll be using copy trading as I don't think I'm quite clever enough).

Ethereum is certainly very interesting and is well worth the attention it has been receiving.  Do you own any Ether?  Will you be trading it?  Let me know in the comments.