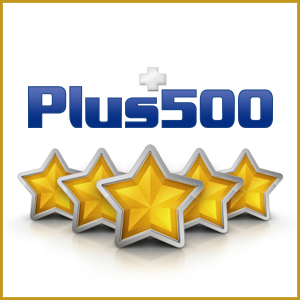 So you've signed up to plus500, deposited some money, and opened some trades.  But surprise surprise, you're not making any money.  In fact you start see you positions going south and you begin losing money.  What have you done wrong?  And what can you do stop losing money and start profiting.

This is one of the most common mistakes new traders make.  They don't leave there winning trades open long enough.  If you trade with conviction, you need to be prepared for trades to go up and down until it hits your target.  Don't make the mistake of closing out a trade as soon as it's profitable.  In the future you are going to have losing trades – that's a fact.  And you need to ensure that when you do have a profitable trade it makes enough to cover the losing ones.

You're Trading too much

You need to trade when the market conditions suit your strategy.  It can be so tempting to open another trade immediately after you've closed out a profitable one – you're feeling pumped.    But only do this if it's the right time, don't give into emotion.    Over trading will only increase your chances of failure.

You're not ready to start opening trades on your own

And here is the most important point – you might not know what you're doing.  I've been trading for the past few years, but even I don't trust myself yet.  I mostly rely on copy trading and letting other people doing the analysis for me.  I only open the occasional trade on etor.    Unless you're willing to spend a lot of time learning then I don't recommend simply signing up to Plus500 and hoping for the best.  Look into some of the other platforms that offer tools for newer traders.

So there you have it, my top three tips for people who are losing money on plus500.  I love trading online, and I hope you find better luck in the future.